Welcome To The Adventure! 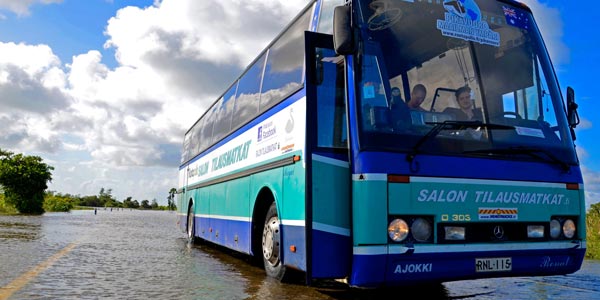 It was a dream of a couple of young Finns to drive to the Great Wall of China by a car.

Then, little by little, everything got just a little bit out of control. At the moment, we are driving around the world. With a 26-year-old Finnish bus.

We left Finland in January 2011 and it took two months for us to get to Thailand. Originally, that should have been the end of the story but, obviously, it was not – Jani Laine, the designated driver and proud owner of the bus, decided to take the ultimate leap of faith and keep going.

After a well-deserved summer holiday it was about the time to get back to business. In November 2011, the bus, also known as Ajokki Royal, was packed once again. We reached Bali by New Year’s Eve, celebrated for a while and kept going.

Ajokki was then shipped to Darwin in northern Australia. Unfortunately, the ridiculously strict Aussie authorities did not let our beloved bus to hit the streets and we were forced to continue the trip by a rental bus.

After a solid 5-week ride, in the beginning of March, we had conquered Down Under and found ourselves in Melbourne. The Asian-Australian stage was finally behind us.

After our adventure in Down Under the experienced Ajokki took a break in Malaysia and Jani the Driver travelled back to Finland. But only for a short time.

In December 2012 we hit the road again. We started our journey form Bangkok and headed up north all the way to South Korea! After Korea, in February 2013, Jani drove Ajokki Royal back to Melaka, Malaysia where the Grand old Lady had a well-earned break. During her time in Melaka, she also had a ”face lift” while waiting to get back on the road again.

In March 2014 Ajokki and the Pikavuoro crew made a trip to North Thailand. The plan was to go to Myanmar, but once again the authorities said ”Sorry, but no”. The crew was disappointed but not defeated. Ajokki went back to Melaka to wait for to be shipped into a new continent, Africa.


While Ajokki was sailing across The Indian Ocean, The Pikavuoro crew rented a bus and made a road trip across The United States. We also visited The Niagara Falls in Canada. The trip took about one month and now we are eagerly waiting for December 2014 when the African adventure starts.

Currently (November 6th, 2014) Ajokki Royal and the Driver Jani are in Durban, South Africa, making preparations for the next stage. The Grand Start is on the 1st of December from Cape Town. We will travel across the Africa all the way to Port Sudan, Sudan. We have about 13 000 kilometers ahead of us and it will be an adventure we´ll never forget!

The aim is to be back in Finland before summer 2015. So sit back relax and enjoy the ride! 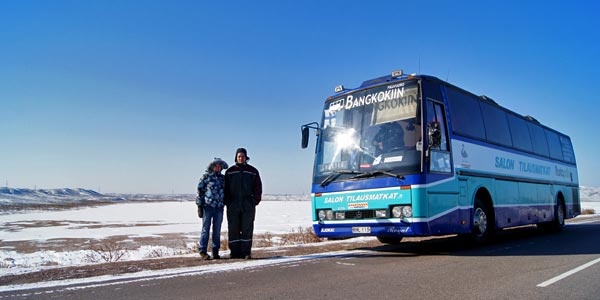 The Pikavuoro Blog offers its readers constant updates – texts, videos, photos, spectacles and emotions, ALSO IN ENGLISH (check the bottom of every post for English summaries).

And Then We Took The Bus 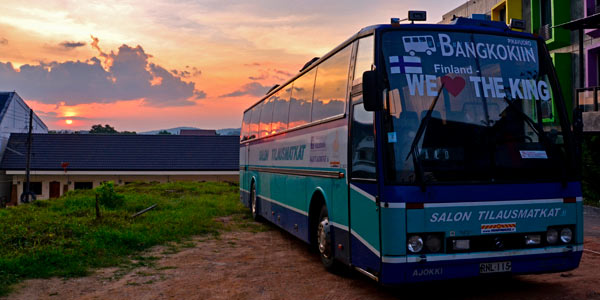 – Why won’t you guys just fly?

That must the most common question asked – and the most ridiculous one, too! We did not take the easy way, we took the bus because we want to see more, feel more and live more.

After a couple of years and over 40 000 kilometers abroad, the highway has become my way for the dozens of passengers who have traveled with us. It could become your way, too. 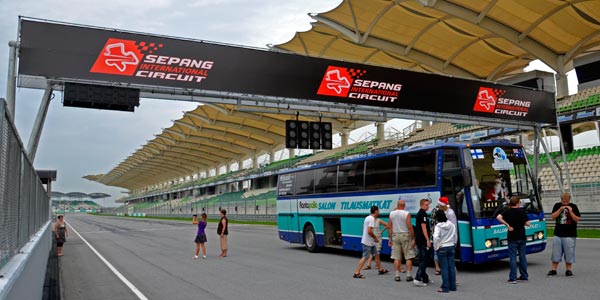 Hop on, it is basically as simple as that. Check out the current location, send us an email (pikavuorobangkokiin [at] gmail.com) and book you seat.

If you are still considering – stop it. Check out the videos below and make up your mind before it is too late.

The Most Memorable Moments

Best of Pikavuoro: Down Under