The ultimate Moscow tour is made on metro (subway, underground, you name it). The capital of Russia is known for it’s beautiful metro stations, each one of those is a piece of art. I found a travel buddy from my hostel and together we decided to do a metro tour of our own while checking out some sights. I could throw some names of the prettiest stations, but since I’d need to check out the names again I only recommend to check a listing from Google.

To take a metro you should go get a free Troika-card, it’s the most convenient way to explore the city. I did not understand a word when we went to get ours and I probably didn’t use half of the money I put on the card, but I drove with that for four days. And even if I used only half of the money on the card, it was still practically free. Later on I gave my Troika for someone heading to Moscow, so i got to pay it forward. One ride is around 0.6€ (google says, since I couldn’t remember this kind of trivia anymore) and you can jump on and off from the metro for 90 minutes. The card is also valid on buses, trams and trolleys, though I didn’t know to use these options. Clearly I learned on the first few days, it’s harder to plan a trip on the go than you could think. It takes a good while to check out what’s around, and if you don’t know the next destination you need to compare different options. I ended up taking one extra day in Moscow just to plan my next move and get used to backpacker life. 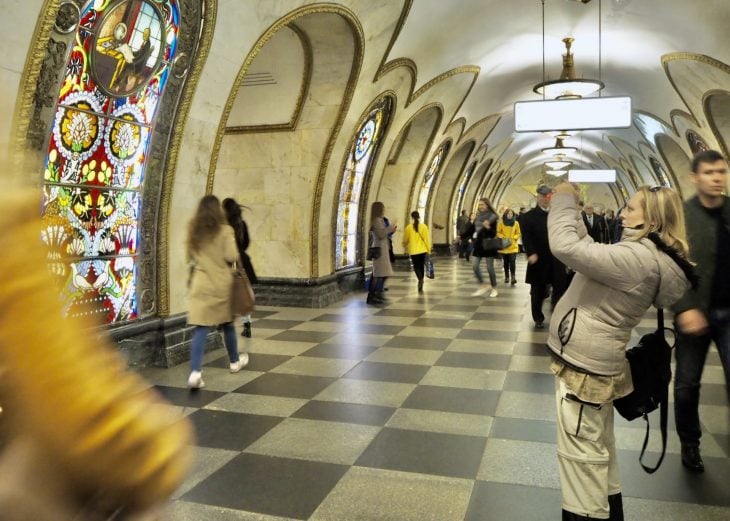 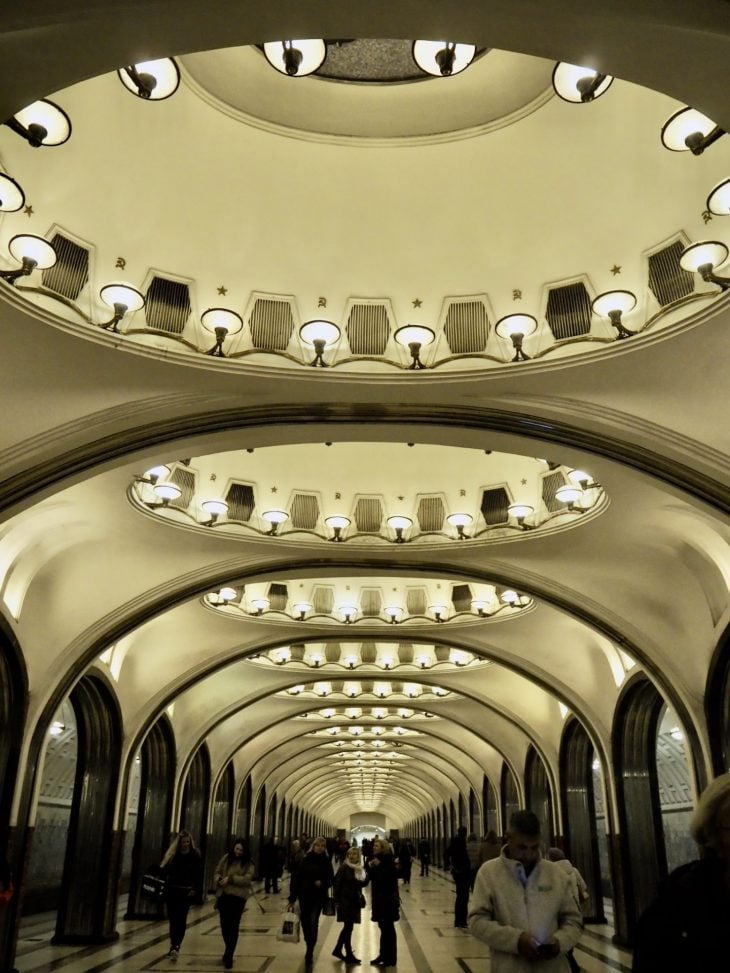 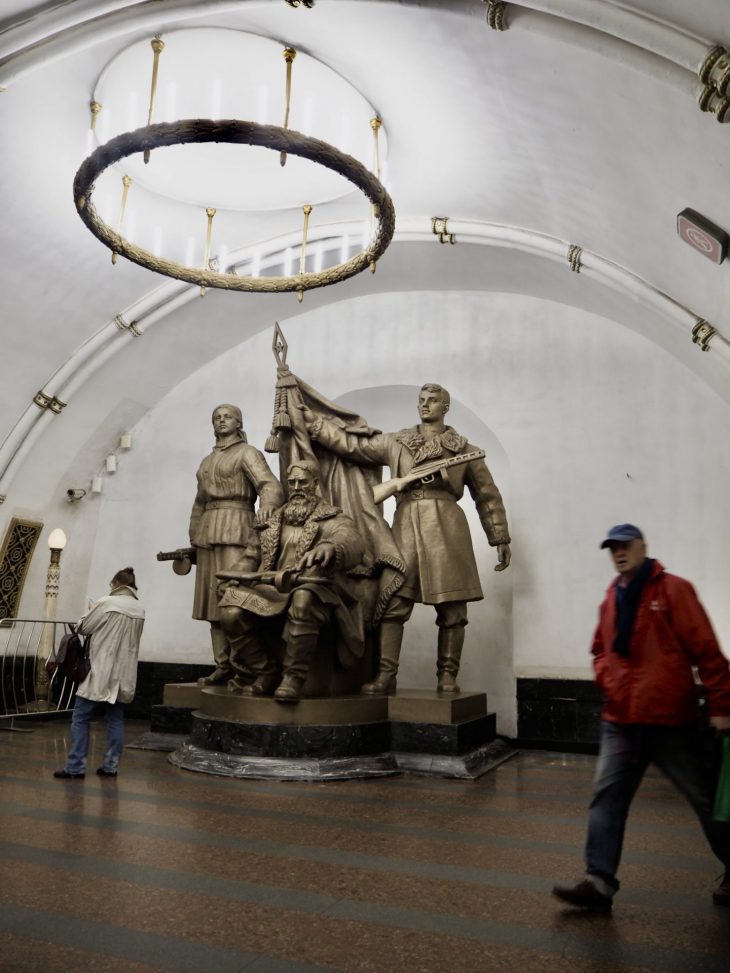 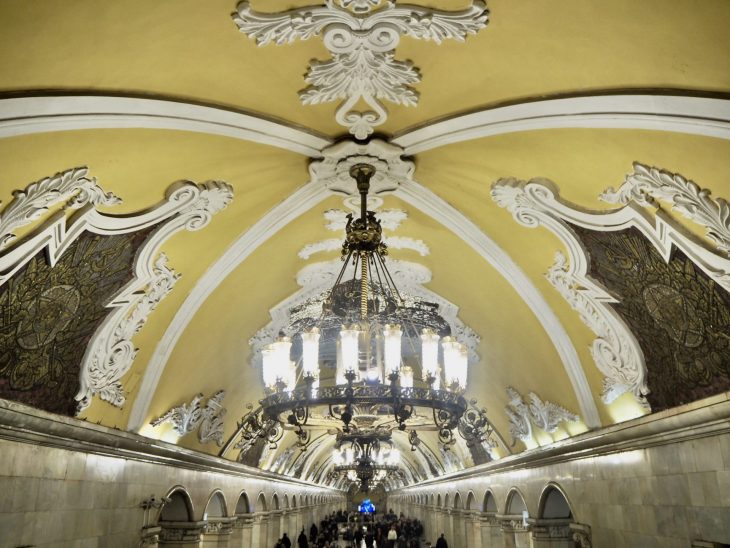 Our first stop was quite obviously Read Square and St. Basil’s cathedral. The building is so amazing I could have used hours just looking at it. And I guess we did. We saw a line of people going to Kremlin and thought about going in later. When we went to find an entrance the place was already closed, too bad. I have no idea what is behind those massive walls, but at least I saw Lenin’s mausoleum. Which is not impressive at all. Even without Kremlin and with some guys dressed in traditional outfits ripping money from tourists and others doing tricks with pigeons Red Square was worth a visit, thanks to  St. Basil and his cathedral. 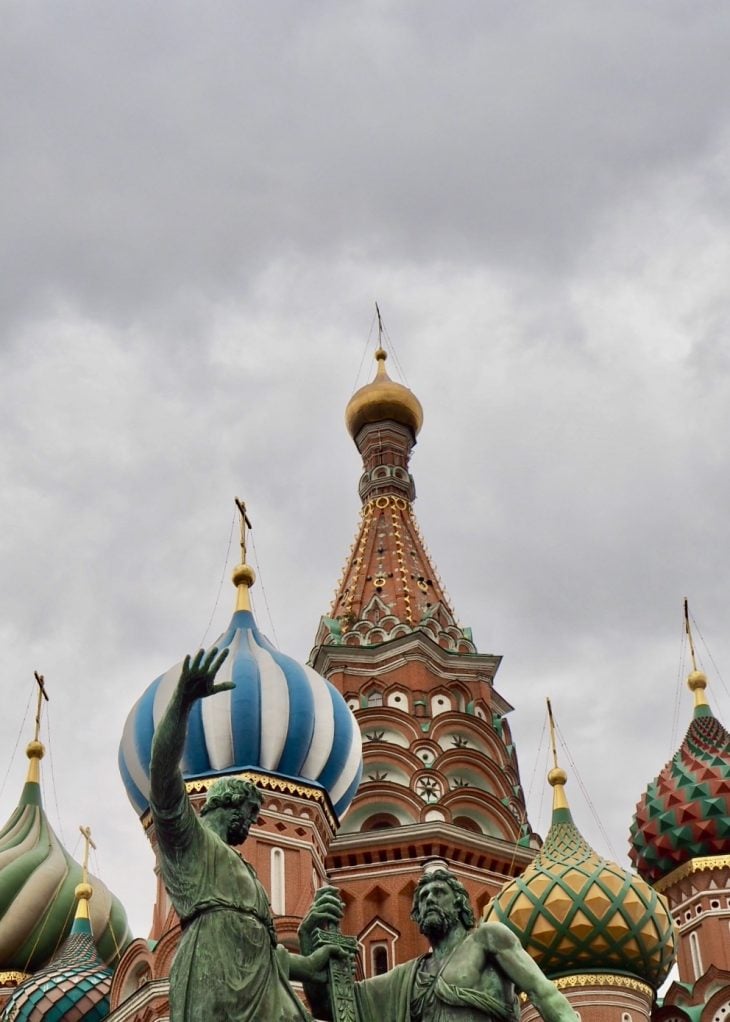 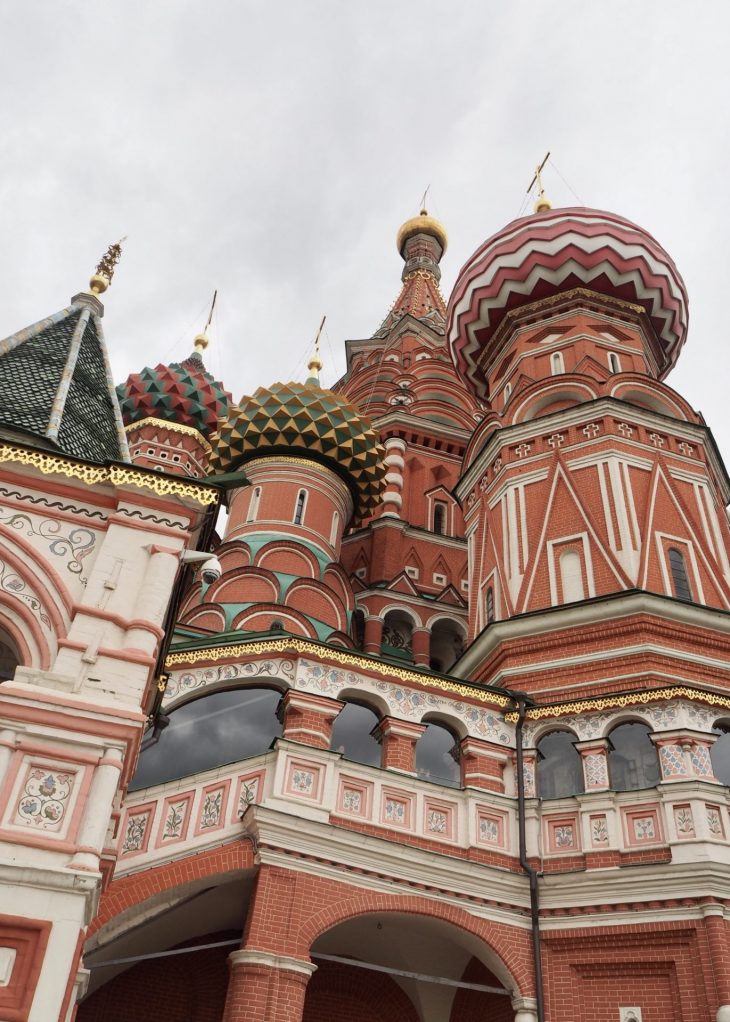 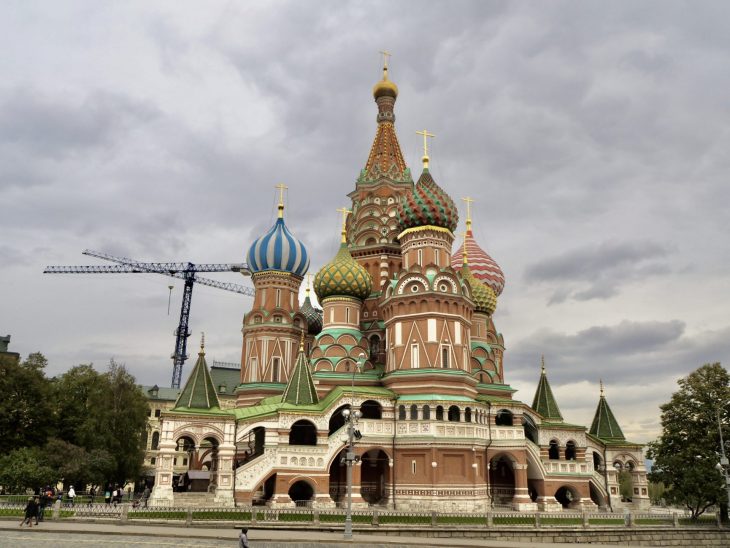 When we had had enough of pretty metro stations and sights in Moscow we took a local train to the city close by. It wasn’t easy, but we did. Golden ring in Russia is an area around Moscow, which is formed by ancient cities with significant role in Orthodox Church. Sergiev Posad has one of the most important religious sights in Russia, Trinity Lavra of St. Sergius and that’s where we were headed. But traveling with Argentinean can be tricky, the time is pretty different concept in South America. Evidently we missed our train. After running around like headless chickens we jumped in a train someone pointed us, even though there was a huge language barrier. In the train we tried asking help again and found out we were going to the opposite direction. Jump off on the next station and again pathetic attempts to communicate with a guard who didn’t understand a word. Somehow we found ourselves from a train slower than … a turtle, but the direction was correct. Time and money lost, stories gained! 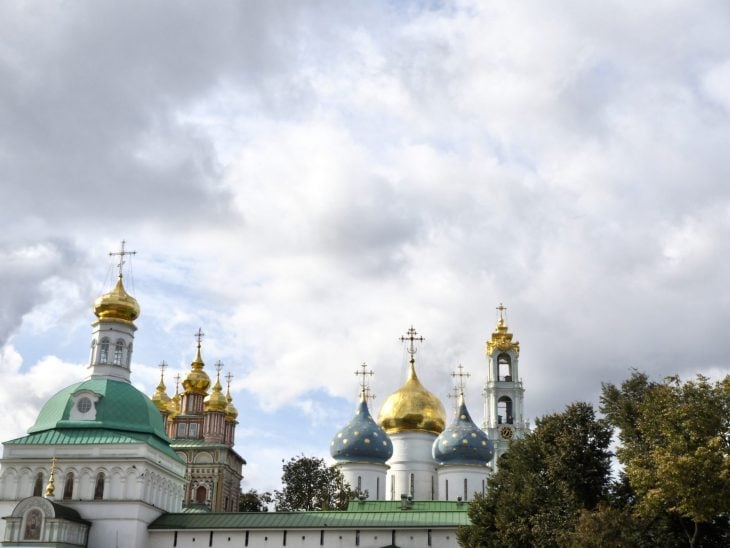 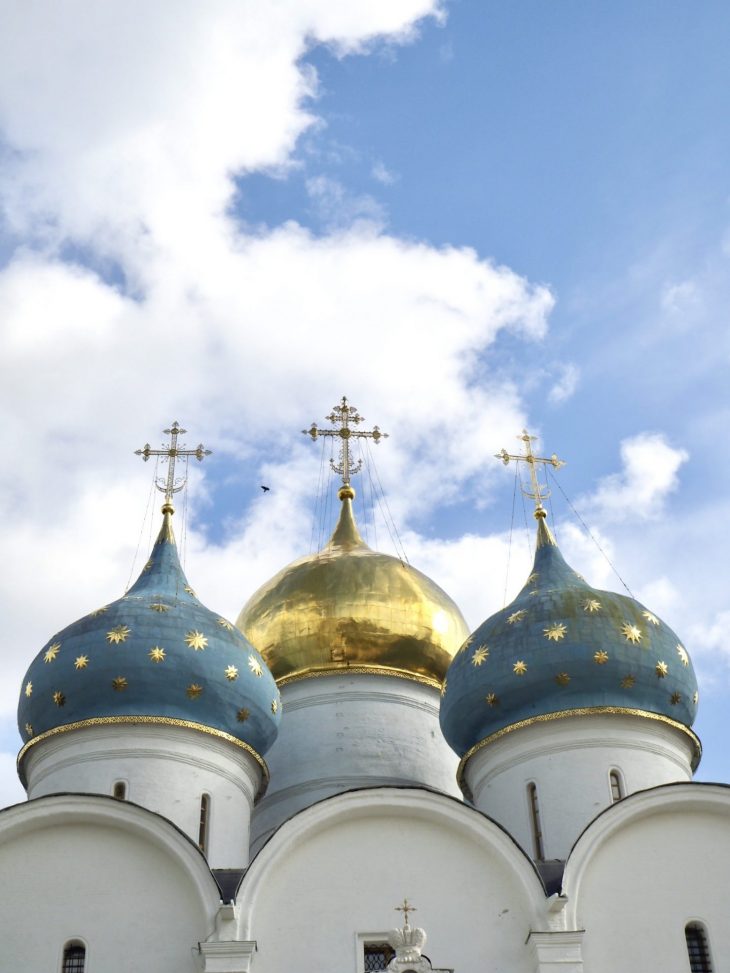 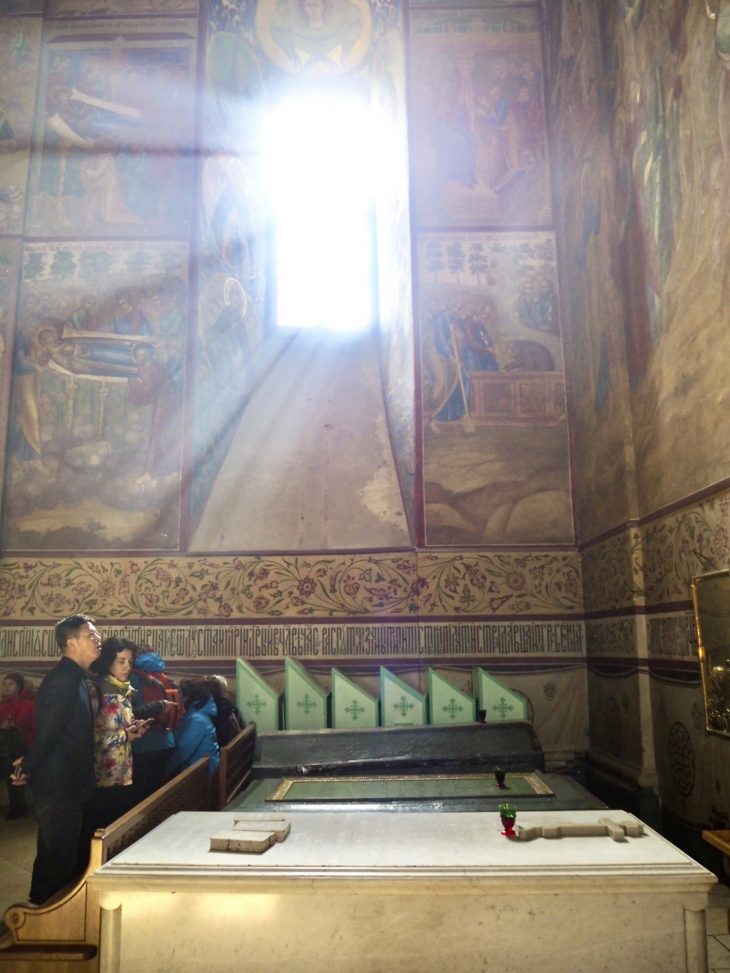 You could see the Lavka from a far. Colorful and golden onions were shining in sun light and masses of Chinese tourists were rambling around. Keep your eyes up, skip the souvenir shop and ignore all the other tourists and you can enjoy the beauty of the place without disruptions. For the first time in here I came across an issue I faced countless times on my travels. See, I’ve never been a religious person, just interested in religions. When you go to a sight like this you see most of the people doing some kind of religious acts. In Trinity Lavra of St. Sergius there was a cross of holy water and people washing their eyes on it. My pal Liliana asked me to go wash my eyes with her, but I instantly felt weird about it. I felt it would be somehow disrespectful to go for it even though I have no faith on it. I know I might take this too seriously, but how should you act on temples and churches if you are just curious? My solution was to lay low and watch. 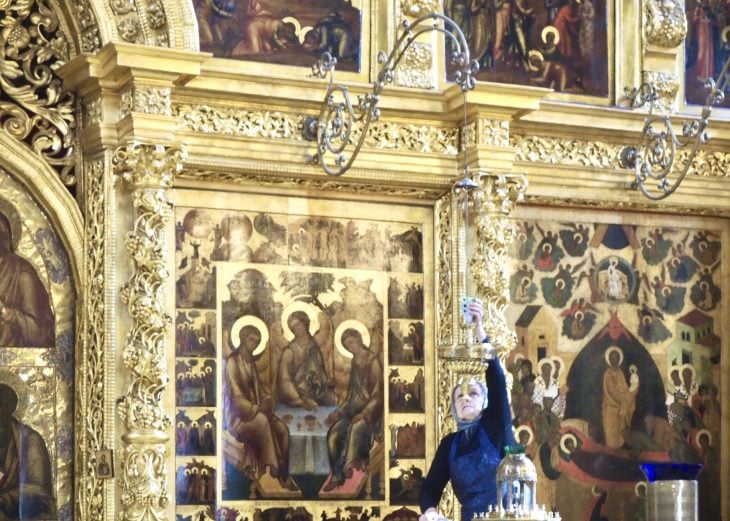 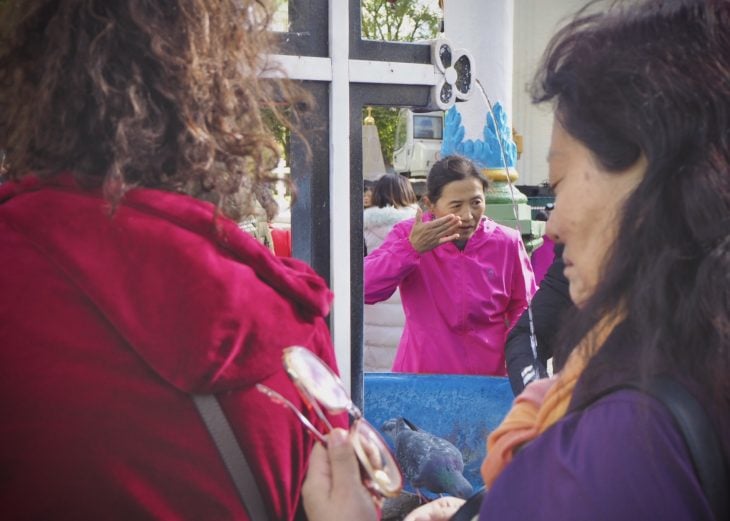 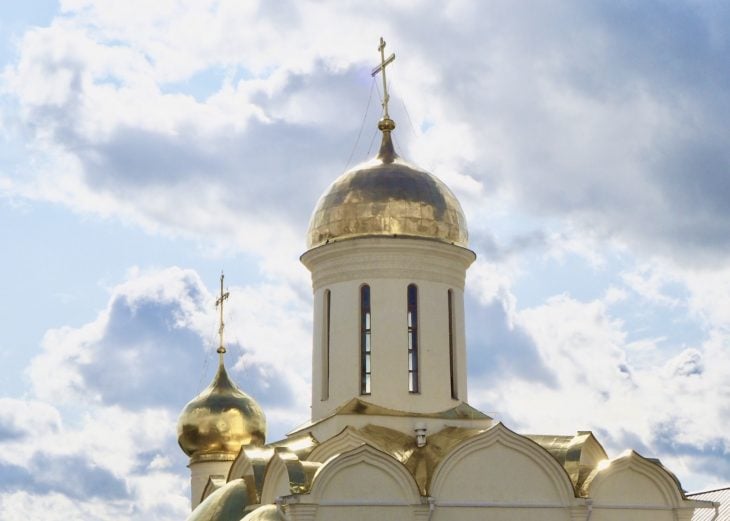 There is so much to see in Moscow and surroundings, but I’d definitely recommend these spots. An other place to recommend would be the Catherine Palace in Moscow. The palace itself is fancy, restored from floor to the ceilings. I was surprised they have cool digital art all around the place, it’s totally worth a visit but the park around is even better. Take a book and some snacks, sit down to the riverbank, watch newlyweds taking wedding photos and enjoy. 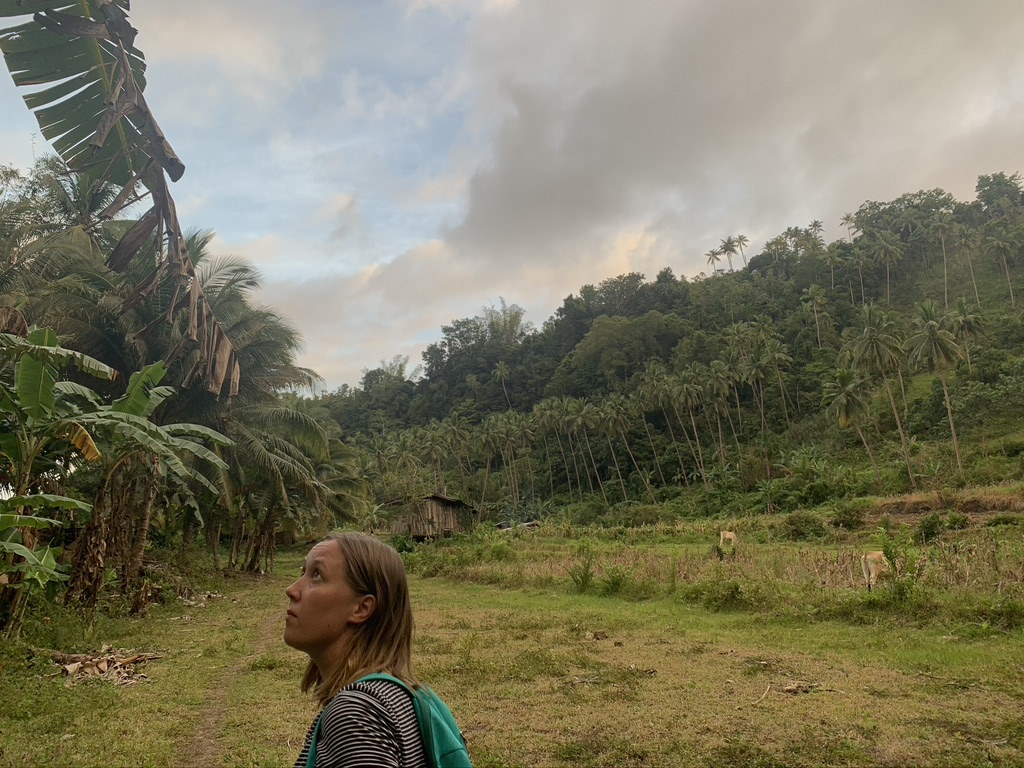 An adventurous wonderer from the north