The Sound of Silence

I’m not the most social person in the world, and I don’t have too many people in my life to whom I can confide in about everything. This is why I blog. People can choose whether to read about my life or not, and I have an outlet to say whatever I please. Lately I’ve been talking a lot about Meniere’s disease, and here’s why.

After learning I have Meniere’s disease I pushed it out of my mind. I researched enough to know what was going on, but didn’t know I had only scratched the surface of everything. To me having Meniere’s meant I was going to be dizzy and nauseous every now and then, have my ear ring all the time and possibly experience some hearing loss. That is literally all I thought what would happen, so I pushed the whole thing in the back of my mind and decided to forget I even had the disease. This went on for a good few years. I grew used to the constant ringing in my ear. At some point I forgot what it was like to have a completely quiet moment. My silence had a continuous, steady, humming whistle. Today my silence has a louder whistle and my other ear is joining the choir with an out of tune beeping that’s still low enough that I don’t hear it unless I really listen for it.  I’m very much used to it by now.  To be honest, if I had the chance to switch the tinnitus off, I probably wouldn’t do it. That would mean getting used to the complete silence all over again, and I’m comfortable enough how I am now. Come to think of it, tinnitus is the least of my worries. 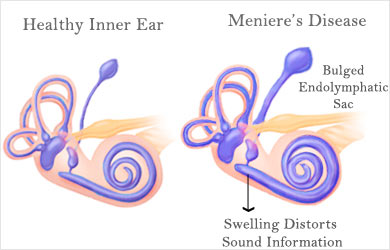 Refusing to really deal with my Meniere’s earlier has forced me to do so recently in the light of finding out I need a hearing aid. My latest hearing test was a wake-up call I needed and made me sit down and do more research. I started reading more about Meniere’s disease and other people’s experiences. This disease is different with everyone, which makes it damn near impossible to compare two cases. However, just because two people display the same symptoms differently, more or less frequently than the other, they’re still mainly the same symptoms, and I found a whole list of new things caused by Meniere’s disease. I just didn’t know Meniere’s disease was the reason I had these issues. I’ve already talked about brain fog and having a crappy memory, but oh, there’s more (because those things in addition to what I’ve already listed just aren’t enough). Occasionally I get really tired. I realize we all do, of course, but tiredness related to Meniere’s disease is different from being tired and exhausted after a long day of school or work. The kind of tiredness that comes with Meniere’s can hit you from out of the blue. I may wake up feeling perfectly normal, and a few hours later I find myself in bed with crashed energy levels wondering what the heck happened. All I want to do is sleep. I can literally take three separate naps and still sleep the following night like a baby. It’s the kind of fatigue that’s a combination of physical and mental exhaustion. My brain feels foggy and nothing but sleep interests me. Usually my tinnitus grows louder at these times, too. I probably sound like a text-book case. I have also developed mild anxiety issues and have had mild migraines occur a few times a year since high school. Sometimes this disease just really sucks.

I was recently contacted by Philippa Thomson, a researcher/writer/editor from the UK. She has SCDS, a balance disorder with similar symptoms to Meniere’s disease. Studies have shown that Meniere’s disease is highly over-diagnosed and it’s possible that many people with Meniere’s actually have SCDS. Personally I find my own symptoms better describe a Meniere’s disease, but after reading Philippa’s essay on the subject and emailing with her I am anxious to learn more about SCDS. Vestibular disorders truly need more visibility. If you want to read Philippa’s essay, please click here. Also check out Philippa’s memoir here.

As always, thank you for reading. And to all of you who have reached out, thank you so much for your support! 🙂 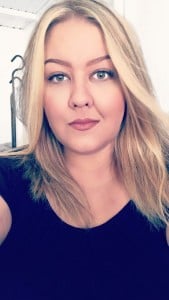 Hi! I\'m Iira, a random blogger from Finland. I love writing, reading, and traveling. Being creative is my nature and the world is my playground. Welcome to my blog!