It was strange feeling to wake up in a hotel, where we didn’t have any luckages. Nevertheless, breakfast was availabe, and we were hungry, so we went to see what is served. After breakfast we checked us out, and used hotel’s shuttle bus transportation service to Hoi An. 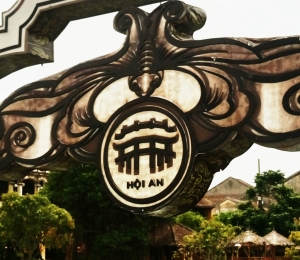 We started our tour from Hoi An museum’s parking place, and the direction was towards to the old city area, which we had visited in 2011 as well. On our way we passed Ba Mu temple gate, which leads to the old temple complex built in 1626. But it was not open, so only one photo was taken there. Next we headed to old Japanes Covered Bridge and the river side. 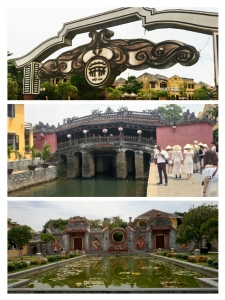 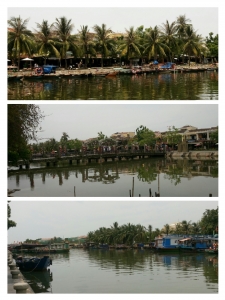 We walked around the old city area, and when it felt too stifling, we sat down and enjoyed cold drinks and smoothies in one coffe house. When cooling ourselves, we agreed, that it’s too hot for walking, so beach would be the best option. We took the taxi and returned to Da Nang and My Khe Beach (China Beach). 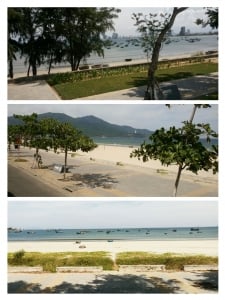 Once we were back in Da Nang, we decided to use the opportunity to hop on Cococitytour bus, and take the roundtrip with that. We realised, that the area is totally different, than what it was in 2011, when we last saw it. The bus tour itself didn’t give anything special for us, but now we know a bit better how Da Nang looks today. 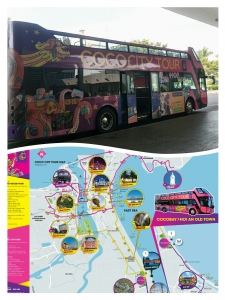 We also managed to get the photos from the Dragon and Han River bridges, which, one has to admit, are more pretentious in the evening. 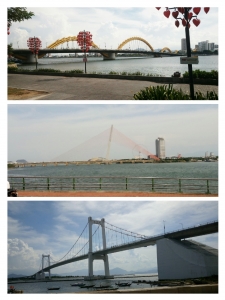 As fishing is important part of Da Nang peoples life, there is great amount of different kind of boats everywhere. 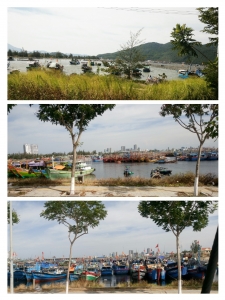 The bus tour didn’t fully succeed, and we were dropped of at the airport. Well, we were anyway leaving back to Hue. We ate Bahn Mis (Vietnamese staffed bread) at the airport restaurant before asking taxi to drive us to Hue. It took more than three hours before we were there, exhausted, but happy.