Monday morning in Hong Kong was cloudy, and temperature only +29, altough according to weather forecast the real feel is +37. Well, it was warm and moist, but it didn’t stop us to go from Kowloon to see Hong Kong island. Instead of metro, this time we decided to take Star ferry.

When we got over the water, we navigated us to the starting point of Central-Mid-levels-Escalators, most likely the longest outdoor escalator system in the world. It was fun to notice, that just when you thought, that now the ride ends, new escalators were again infront of you. Finally the end was reached, and the walk back down started.

Escalators on the right

On the way down we saw the sign to the Zoological and Botanical garden, and since there were no actual plan for the day, this was just a perfect coincidence. The area is on the hillside, and is way bigger, than one could think of. It is surrounded by roads and tower buildings, and one can hear the continuos traffic buzz. But the trees, plants, flowers and some birds and monkeys draw one in to totally different world. What an oasis in the middle of hectic city. 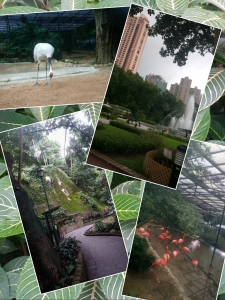 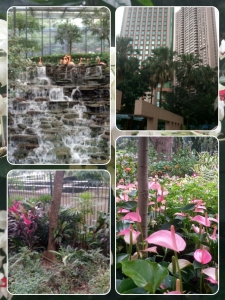 We were not all the way down yet, so we continued walking along the alleys edged by tiny stands, and arrived to Chater garden. It is next to Court of Final Appeal, one of the last colonial buildings in Hong Kong. When going around the building, there is Statue Square. This area is central part of economy, politics, history as well as social life. The two most expensive shopping centres are also in this area, not forgetting Bank of China Tower from where there is a spectacular view over Central area, they say (not tested). 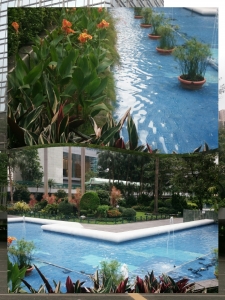 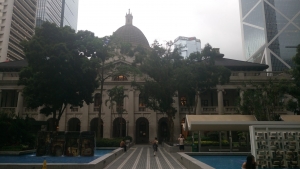 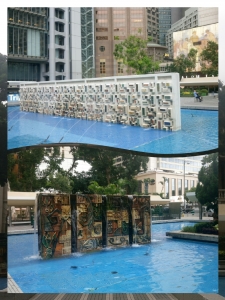 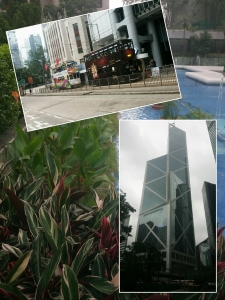 Quite intensive day behind. It’s time to rest a bit, and continue the story tomorrow.